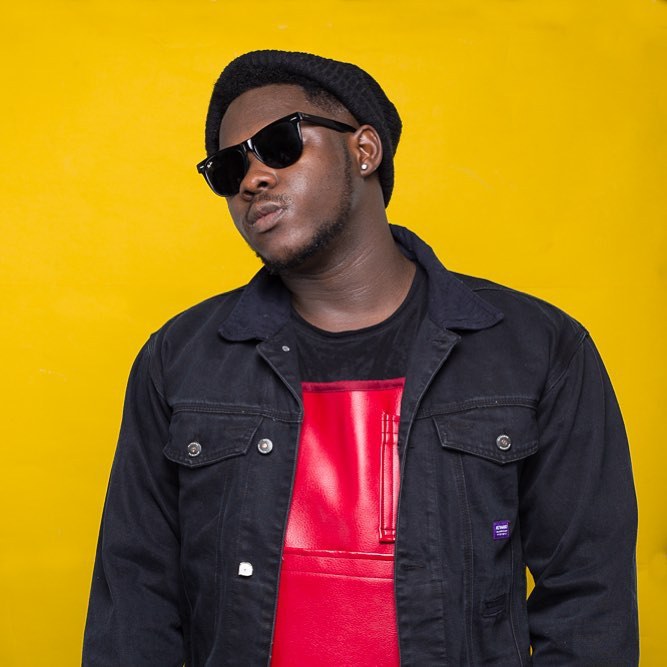 Over the past weeks, the rapper has been in the news for allegedly “dumping” his ex girlfriend Deborah Vanessa also known as Sister Derby for Fella

Few days after the news of their break up broke out, Sister Derby released a diss track titled “Kakalika Love” where she mocked rapper and his new found love, stating that their love affair is that of a cockroaches in the cardboard

Although we were made to believe they are only best of friends, a recent instagram post by the rapper has confirmed that he is indeed in a serious relationship with Fella Makafui

“I’m in love with your hard African face and your dark skin as they say. Your beauty is impeccable and your level of maturity can’t be taken away from you” he added

Related Topics:
Up Next

In anticipation of his forthcoming debut album, “Black Sherif” unveils his cover art

Black Sherif has unveiled the cover art for his much anticipated debut album, titled, ‘ The Villain I Never Was’, slated for release on Thursday, October 6, 2022.

This comes off after impressive global charting year with singles like Second Sermon Remix, Kwaku The Traveller and recently, Soja.

The 20-year- old rapper is poised for action as his sound has been co-signed by several industry greats such as Timberland, DJ Khaled, Busta Ryhmes, Popcaan among others.

Black Sherif in a tweet wrote,”It took me everything to give life to this body. The one thing in my life that I gave everything up for.

There is life in this body, I hope it treats you good and speaks to you like I want it to.

Born and raised in Konongo, a small city in the Ashanti region of Ghana, his cult following is now spreading across the globe as the local and national scenes in his hometown make headlines around the world. 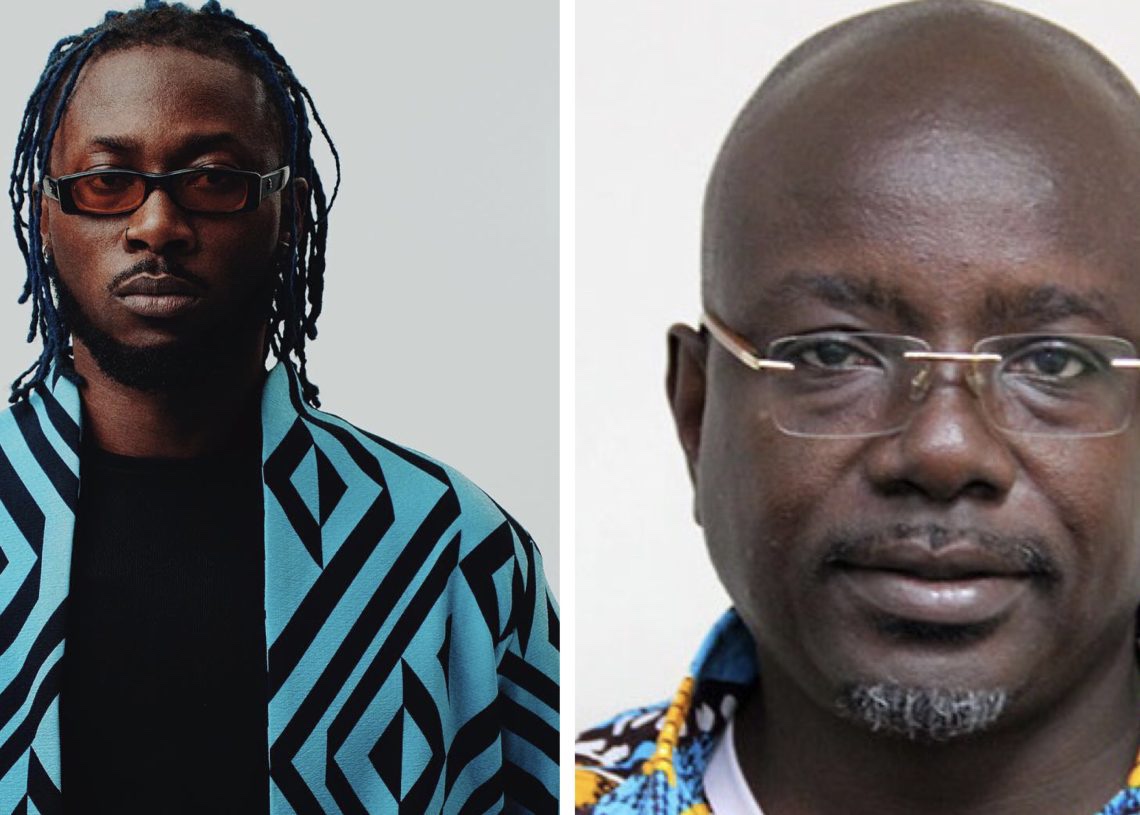 Samsal, the creative agency mentioned by the Ghana Tourism Authority in the midst of the controversy regarding an alleged copyright infringement, has spoken.

According to them, the video they created for the Ghana Tourism Authority is not what has been put out.

“For the avoidance of doubt, the video which the the President and the GTA have put in circulation is not the mood board we created. It contains snippets from the mood board. However, we never authorized the GTA to publish the mood board or any scenes from it. The signed MoU was explicit that our delivery obligations related to the new content which would be financed by the GTA,” they wrote in a press statement.

“We put together a video reel (“mood board”) which we showed to the GTA as inspiration and creative direction for the videos we intended to produce during the campaign. The mood board was a mash up of scenes from different videos including the video for Ayat’s “GUDA” and other videos shot by David Nicol-Sey, a fellow creative who we have worked with on several campaigns (and who directed the campaign video for Discovery Bands),” they further stated.

They mentioned that the Ghana Tourism Authority “did not finance the creation of any new work as agreed. Using our own funds, we created our own video (see enclosed) to promote Discovery Bands and submitted to the GTA. The GTA has not posted the Discovery Bands video (which also depicts lovely scenes from from Ghana and which we worked with David Nicol-Sey to shoot) nor has it fulfilled any of its content financing obligations under our MoU.”

The agency expressed surprised at the fact that the mood board they presented to the GTA had been “repurposed and put into circulation” instead of fulfilling its obligations under the MoU by providing them with logistics and budgetary support for the creation of similar content to market Ghana.

Because of this, Samsal has refuted earlier claims by the GTA that their agency authorized the GTA to use Ayat’s video.

Samsal’s name came up after Ghanaian music Kirani Ayat, called out the President, Nana Akufo-Addo and Ministry of Tourism for using elements of his ‘Guda’ video for tourism ad without his consent.

After complaining about the copyright gaffe, the Ghana Tourism Authority, the institution that sanctioned the work, released a statement and later said in an interview on Asempa FM that they acquired the video legitimately from Samsal, a creative agency they outsourced the work to.

Some the issue broke a lot of people in the creative space including Sarkodie, have added their voice, pressing on government to compensate Kirani Ayat for using his video without his approval.

Meet MC Desaint, The Young Celebrated Event Host Who Has Been Perking Up Events In Ghana 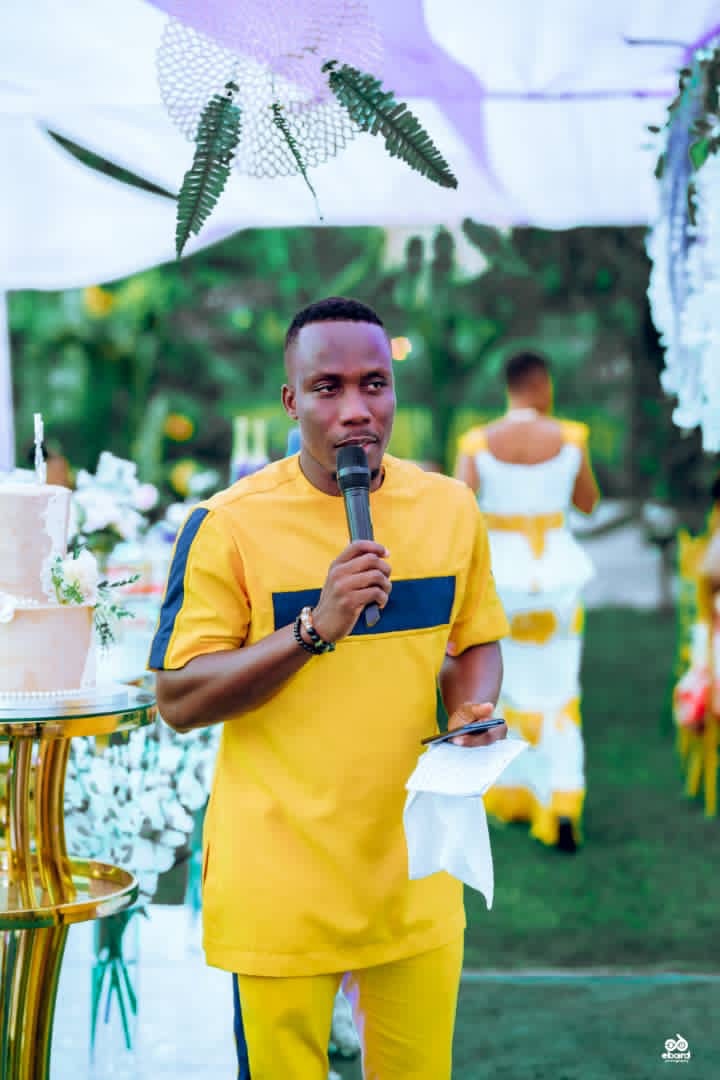 The act of Mcing requires that the Master of Ceremony steers the whole affair into a nice and fruitful sequence. The young sensation, MC Desaint does just that. Let us take a peek into his career and get to understand why he is regarded amongst the best in his line of hustle in Ghana.

MC Desaint born, Isaac Kwafo Djan hails from the Eastern Region but resides in Labadi in the Greater Accra Region. He had his basic education at La Experimental School, Abeka Motorway 2 Jhs and Aquinas Senior High School for high school.

After high school, MC Desaint found it joyous to master ceremonies. He did not know how to begin with until one Mr Prince Owusu Ansah, CEO of Prinlive Fashion School, then his advisor and boss motivated him to start since he finds it in him. He then pushed him to it by giving him the opportunity to host his school’s first graduation ceremony (first gig).

MC Desaint has hosted over 600 events, both corporate and social. Amongst them is, “3 Music Abeka Homowo Festival Jam 2022” and several other big stages.

What makes MC Desaint exclusive from all other MCs in Ghana is that he is agile on the microphone, eloquent, articulate, jovial and very passionate about his craft. He makes every event he is on lit because he spits literary flames.

MC Desaint see himself in the near future as as a presidential MC and gearing towards all the big stages both locally and internationally.

In anticipation of his forthcoming debut album, “Black Sherif” unveils his cover art

Alinkin Shares Colorful Visuals For ‘Out Of Lockdown’